The King of Fighters Zillion (KOFZ)

The King of Fighters Zillion, it is not the simulator or a HACK game, it is a MUEGN out of video game. In the eyes of my friends, MUGEN may just be the FTG(Fighting Game) A form of chaos, in fact this is a misunderstanding, MUGEN is a very open and free making engine, and making people authors from all over the world, its production level and the idea difference is very big, and we usually contact “hodgepodge” is very difficult to have a good balance and good operating handle.

KOFZ as a domestic and international famous MUGEN masterpiece, is also the world’s first as an independent complete game began making MUGEN, has been in the MUGEN industry enjoyed a high reputation.
KOFZ is made by MUGENCHINA (KOFZ TEAM) 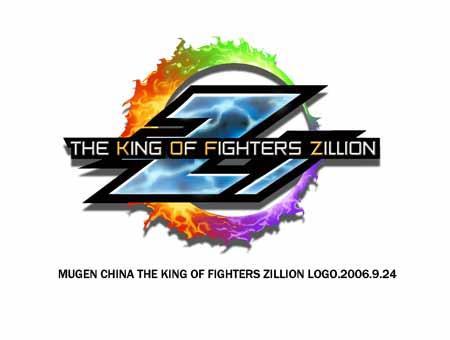 The King of Fighters Zillion logo

ENCHINA produced game from 2001 to now, the project for many years, never a video game will adhere to for so long (Note: as of 2012) is to create and update, if there is no considerable patience is not to do, really want to develop a game is to pay a considerable time and energy, more and the members of the team are making selfless, not return, do a good game, pay more. Over the years the production team for the game to modify and adjust continuously, many small parts are considered, as far as possible and improve balance; over the years support KOFZ game player put thousands of feasibility of modifying scheme is adopted; over the years, pour in KOFZ is the author’s enthusiasm, interest, selfless, perseverance, dream.
KOFZ is a group of Chinese fighting dream!

(including formal members and help of friends at home and abroad, up to version 081001) 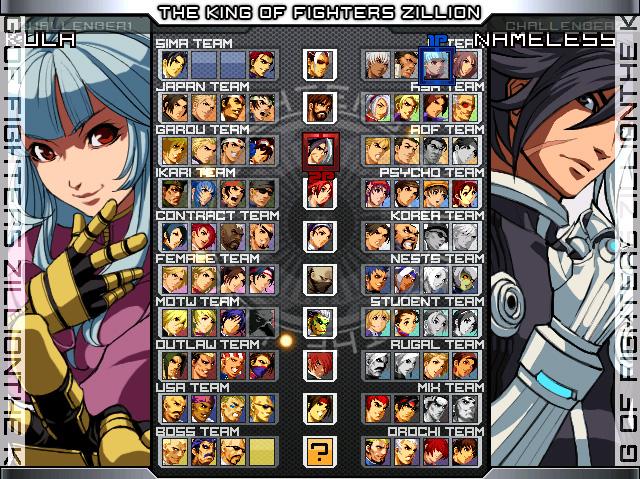 A new version of the character select screen

The following historical data only for the part, as of 2008.

The history of the first 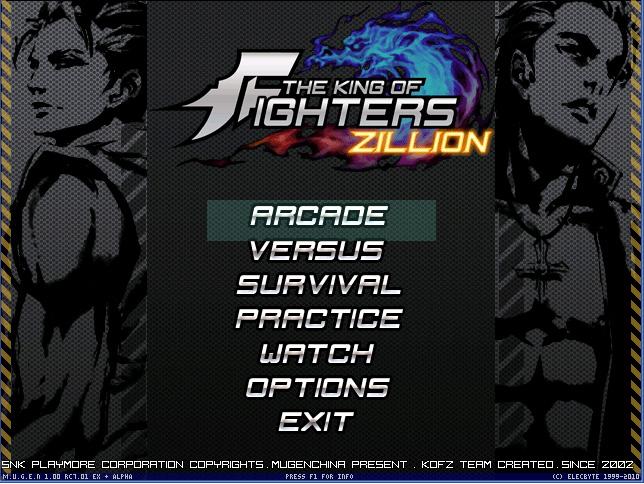 Author:PBF
KOFZ enjoys high praise as a separate MUGEN works in the international, legitimacy and balance over the years has been insisting and carrying the SNK official, also has been the development of technology and the latest system into the works, which also created a number of first in the world and China’s first.
In 2001, in the MUGEN industry, KOFZ is the same age as independent MUGEN works are the first batch of projects and development, relative to the domestic time integration works in general, is still in continuous improvement and evolution.
In 2002, KOFZ MUGEN works in the background to the character select screen preview, replace the original MUGEN rough
STAGE selection scheme.
In 2002, KOFZ first double collaboration melee system MUGEN into a Sriker (aid role) in 1VS1 mode (TAG predecessor), then the balance of MUGEN road is open.
In 2005, the front set program KOFZ SHELL was applied in the KOFZ, not familiar with the MUGEN code of the new game player who can be very convenient for some personalized settings, of course this function continues to be extended.
In 2005, Misamu K Young proposed large-scale role change concept, many international role was born, also have a new meaning of MK2, had never been the large-scale production and tried.
In 2005, the TAG system is the Misamu K Young first proposed, but the specific implementation, the technology of the TAG system and the use of the world’s first TAG system is KOMW famous MUGEN producer ELZEE and its work, KOFZ was developed independently of the TAG system and TAG system, but KOMW is different, foreign colleagues is began in 2006 on the. Chinese in the latest MUGEN technology research ranks stood in the forefront of the world.
In 2005, Misamu K Young creative background water interface technology, MUGEN background simulation greatly improved. 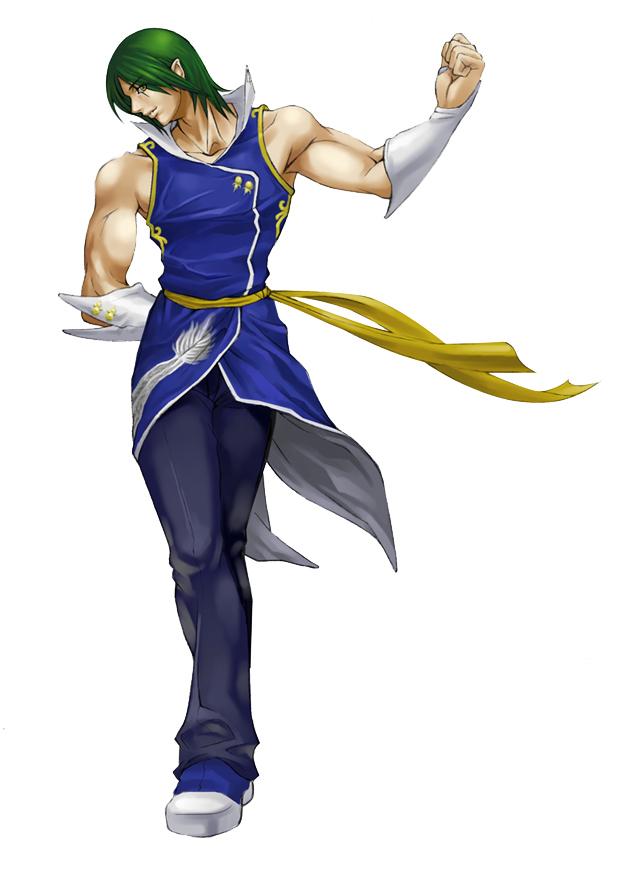 In 2005, KOFZ started the first encryption, the original intention is to protect the original author’s rights, but the other integration works encryption frenzy, not the official KOFZ development team would like to see. Although the MUGEN open and free the original purpose of conflict, but in view of Baidu Alba Men (ALBA events) and Sima Men after the incident, only pays more attention to the protection of the rights of the original author. In 2006, Misamu K Young for the first time in KOFZ system perfects flight props rebound, rebound the projectile from the MUGEN no longer need to add pictures, only the code can be achieved. In 2007, 2D version of the ALBA comes KOFZ, this is one of the world’s first 3D KOF characters complete 2D, drawing work by Kaisami and Eric collaboration.
In 2008, the original protagonist Sima Li WIP release, this is the first completely original role in domestic, the original author is Kaisami.

KOFZ founder Misamu K Young part of speech finishing
MUGENCHINA has been 7 years since 2001 founded in October.
In this five years, MUGENCHINA also experienced many of the “catastrophe”, (2006) can develop to now, thanks to the long-term support of friends.
Due to the impact of piracy “FTG”, MUGEN in the eyes of many people is still the scrambling of things, and even in some big station still regard MUGEN as simulation simulator /hack classification, there are still many some scrambling of “CVS2″ like download, public awareness of the MUGEN or very limited.
Alpha and I also have “advanced in age”, the pressure of work and society is also more and more big, although we don’t want to give up MUGENCHINA and KOFZ, but also more and more weak. There so many new faces is not much, does not want in our retirement, no new force to continue.
Therefore, make more friends contact MUGEN engine, contact MUGEN production is very necessary.

Unfortunately, MugenChina closed in January 20, 2013.
KOFZ basic MK3 version in the end.[1]
Official notice
Transfer from the 2005 forum to the new address (Note: is closed, and the encyclopedia regulations do not allow the external address, so do not specify) flash time after 7 years.
Thank you very much for your support over the years.
Since the MUGEN itself heat drop, work life issues and each of our team members,
To maintain the development of KOFZ become very slow.
Popular forum and placard quantity is very low, I have no enough time and energy to take care of.
In view of this, I decided to close the forum and website space.
This space will expire on January 20, 2013, my domain name will remain, may point to a blog.
As a souvenir, KOFZ at the end of the year issued (2012) before some semi finished version, but is not packaged,
We can according to own hobby to modify. Our version will be after the domain name to a site to keep the turtle speed update.
Thank you for your support over the years.
Goodbye.
(from Misamu)